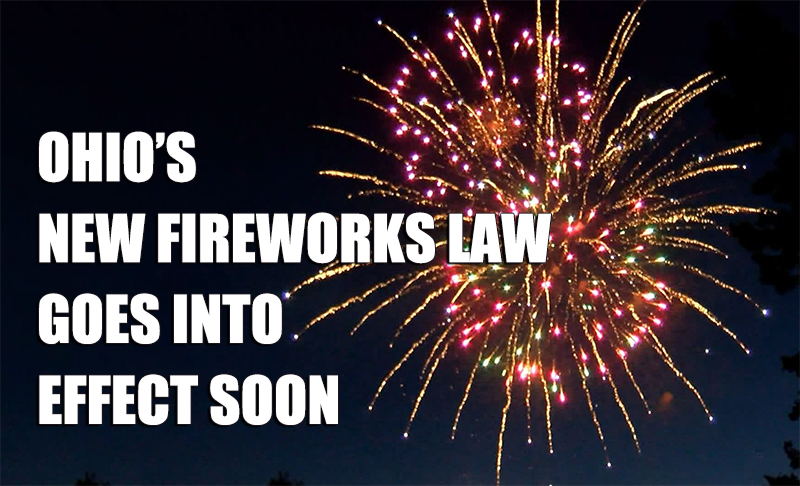 TOLEDO, Ohio (WTVG) – Ohio’s new law allowing consumer fireworks will go into effect July 1, but local governments have the ability to opt out.

The law allows consumers to set off fireworks on their own property or on other’s property with their permission. It also says people cannot set fireworks off while under the influence of alcohol or drugs.

If you want to buy fireworks for personal use in Ohio, you need to go to a licensed retailer. Everything classified as trick fireworks like smoke bombs, snakes, and sparklers are free to use anytime and can be purchased anywhere — like the grocery store.

You can only set them off at certain times of the year, like New Year’s Eve and day, Chinese New Year, Cinco de Mayo, Memorial Day weekend, Juneteenth, Labor Day and Diwali.

Fourth of July is a little different, you can set them off on the third, fourth and fifth — as well as the Fridays, Saturdays and Sundays before and after the holiday.

Toledo City Council is set to decide next week whether Toledo will opt out of the state’s new fireworks law.

Fire Chief Allison Armstrong told council members Tuesday that 46 fires have been caused by fireworks since 2017 that resulted in significant property damage.

The Council points to last year’s U-Haul fireworks explosion as an example as it considers opting out of the state’s new law.

Chief Armstrong urged council to act before the law goes into effect.

“It’s my position that the discharge, ignition, and/or exploding of fireworks poses a significant danger to the public and may cause serious injuries as well as significant property damage, especially in densely population residential and business areas like Toledo,” Armstrong said.

Council is set to make a decision on opting out of the fireworks law at next Tuesday’s meeting. Under the city’s current ban, novelty fireworks like sparklers are still allowed.