Fireworks prices blow up due to inflation 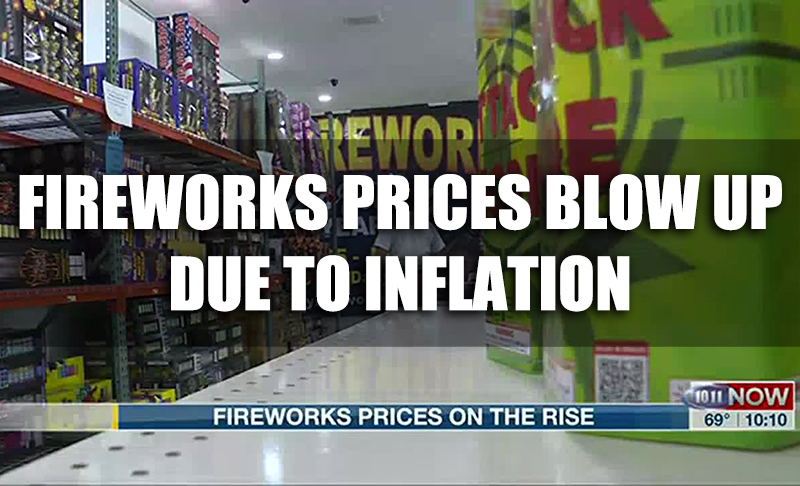 LINCOLN, Neb. (KOLN) -As the Fourth of July approaches, 10/11 NOW found out firework prices have blown up over the last few years. Local sellers said the holiday tradition has become another victim of inflation.

On Monday, 10/11 NOW spoke with a few firework vendors who said this is the third year they’ve been impacted by inflation. This year, those price increases may be more noticeable.

Davey Fireworks, a local fireworks store in Davey, opened on Saturday. They said this year’s prices are the result of a ripple effect.

“We’re fighting the constant battle of shipping costs and then labor shortages,” said Curtis Schnase, owner. That again, gets added on to the cost of goods and ultimately the end price is a higher retail price for our customers.”

Davey Fireworks gets their fireworks both domestically and internationally and has seen shipping prices nearly triple. Because of that, fireworks that customers could buy for about $27 three years ago are now $55.

“Fireworks are entertainment, it’s the fun item, it’s not something you can put in your car to make it go and you can’t cook it and eat it,” Schnase said. “We hope people make smart decisions on how much they do spend on fireworks

Wild Willy’s Fireworks sells retail and wholesale fireworks across Nebraska and Iowa, meaning they sell to the public as well as vendors. Owner Dan Williams said on the wholesale side, they’re seeing a lot more vendors rely on them.

“The wholesale side of our business is up,” Williams said. “Last year was a banner year in the fireworks industry so everybody was out of product.”

As far as sales go, both businesses are optimistic for another successful season despite the rise in prices they charge.

“With the economy the way it is and gas prices, we’re anticipating aren’t gonna be traveling as much on vacations this year, so we’re thinking people are gonna stay home and have parties again,” Schnase said. “We’re probably gonna have another good year.”

In Lincoln, individuals might see firework stands going up, but sales in the city haven’t started yet. They’re only open on July 3 or July 4.

Red Lantern Fireworks: a 50 Year …by admin1 month ago

Red Lantern Fireworks: a 50 Year …by admin1 month ago