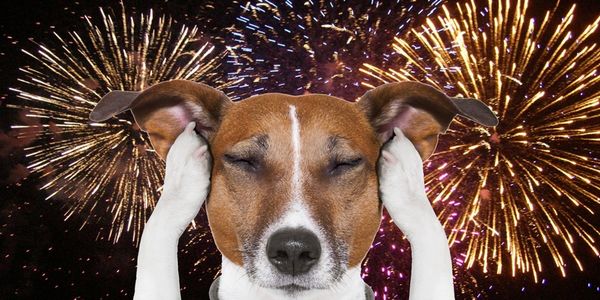 As the city takes a second look at its fireworks bylaw — including consulting the public on how they’re sold and when they’re used — an animal rights group wants a ban on the noisy ones, opting for “quiet fireworks, because they are less terrifying for animals and people with PTSD.”

“Quiet fireworks have been used in Europe and other jurisdictions for quite some time,” said Camille Labchuk, executive director of Animal Justice. “There are heightened reports of pets gone missing the day after fireworks, reports of wild animals becoming injured, fly away too far or die and drop from the sky.”

“With quiet fireworks, you get the benefits of the visual spectacle, but you don’t have the loud noises,” she said.

Banff, Alta. hasn’t used traditional fireworks displays since Canada Day, 2018, opting instead for large-scale pyrotechnics that provide the flashing colours in the night sky while minimizing the booms, crackles and high-pitched squeals.

“I think a lot of people don’t enjoy fireworks,” said Labchuk. “Babies, refugees who have come from war-torn countries, soldiers, when they hear fireworks, it’s like gunshots.”

The city is currently circulating a public survey that asks people if they’re aware when they can use fireworks, when they believe permits are required and asks them to rank their concerns with fireworks, including environmental impact, loud noise, impact on pets and wildlife, and enforcement. The survey closes March 5 and the results will go into a staff report to the General Government and Licensing Committee, expected in the spring of 2021.

Under the municipal Fireworks bylaw, those selling fireworks must have a city-issued fireworks vendor’s permit. Without a permit, fireworks can only be lit on “designated holidays,” such as Victoria Day and Canada Day.

In October 2020, Councillor Mark Grimes brought forth a motion to council to review the fireworks bylaw.

“What sparked this motion was a huge increase in illegal fireworks being set off, especially on the waterfront,” Grimes told the Toronto Sun Friday.

“Last summer, I received complaints from residents about fireworks going off almost every single day, sometimes until 3 a.m. or 4 a.m. People are definitely concerned about the impact of the noise on pets and kids, as well as wildlife. There is also the issue of the exploded fireworks being left on the ground and then washing into the lake.”

Grimes said when police are called for fireworks complaints, “often by the time they get there, the culprits are gone and they’ve left a smouldering mess.”

Perry Logan, the executive director of the Canadian National Fireworks Association, said it’s working with Toronto — and has worked with other municipalities — to educate rather than boycott fireworks.

“Banning fireworks doesn’t work,” he said, adding that “99% of people want to use fireworks correctly.”

The association has created an online education program launching next month — similar to the SmartServe program in the alcohol industry — where anyone selling fireworks has to be properly trained on all standardized federal regulations.

“But there’s also a component on the environment, on animal safety.” he said. “Did you know that when you use fireworks near ducks’ nesting, they’re dying in the shells because they’re traumatized?”

“When someone buys fireworks in Toronto, the user would have to sign a waiver they are aware these areas are off-limits.”

The fireworks industry in Canada makes up to $300 million a year, said Logan, explaining the market for “silent” fireworks hasn’t picked up steam yet.

“There’s not enough demand for it,” he said.