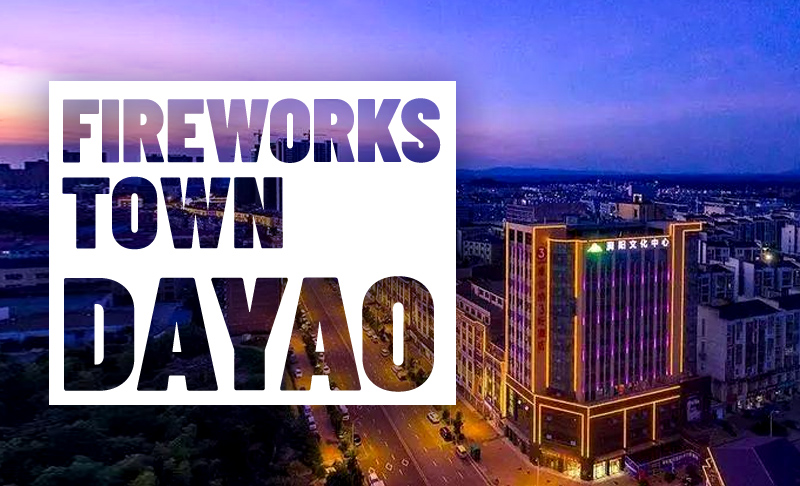 “Liuyang fireworks are popular all over the world, and fireworks all over the world depends on Dayao.” Dayao is the birthplace of fireworks culture in the world. According to the Chronicles of Chinese Industry, fireworks “began in the Tang Dynasty, flourished in the Song Dynasty, and originated in Liuyang.” Today, the output of fireworks produced in Liuyang accounts for 60% of the world’s total, while Dayao Town is the world’s largest distribution center of fireworks and raw and auxiliary materials, providing more than 70% of the raw and auxiliary materials for the global fireworks industry. Liuyang fireworks production skills and culture also ranked in the first batch of national intangible cultural heritage in 2006.

At present, there are more than 400 enterprises related to the fireworks industry in Dayao town, and the output value of the fireworks industry reached 19.76 billion yuan in 2020, and fireworks have been exported to more than 100 countries and regions in Europe and Southeast Asia, such as the United States, France, Germany and so on. From January to August 2020, the export value of the whole town exceeded 10.33 million US dollars.

At present, more than 70,000 people in Dayao Town are engaged in fireworks-related industries, making Dayao a veritable “fireworks town”. The Dayao town government also built the core area of the characteristic town centered on the fireworks Culture Museum, Li Tian Temple, Li Tian Square, and fireworks Culture Walking Street, and injected fireworks cultural elements into the “one vertical square and one horizontal square” to shape the characteristics of the fireworks town and promote the integration of production and city to a higher quality.(China Daily Hunan Reporter station)