Planning to set off fireworks at home? After record sales last year, vendors are struggling to meet demand 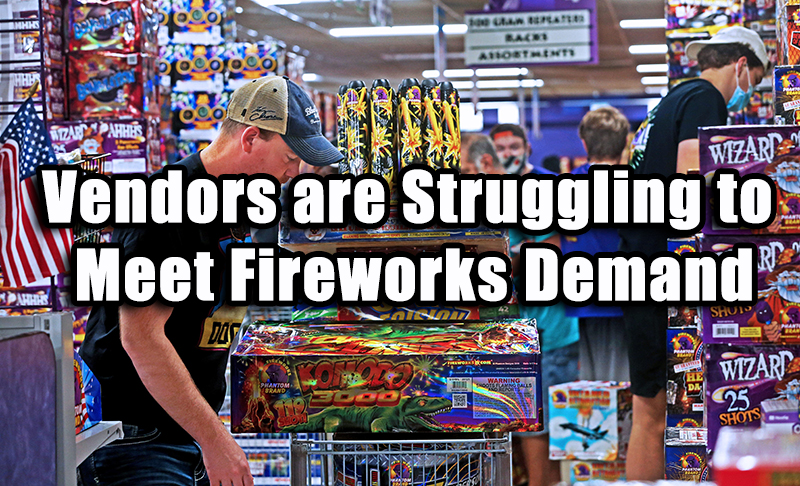 After so many Fourth of July celebrations were canceled last summer because of COVID, demand for sparklers, cherry bombs, bottle rockets and more sophisticated amateur fireworks hit a record high.

Now there’s a problem this summer: A shortage of fireworks in the United States.

Professional displays are not in danger; municipal shows going on all over the state aren’t affected. But for people who want to put on a mini-show in their backyard, or who just enjoy the noise and flash associated with the holiday, it’s another matter. 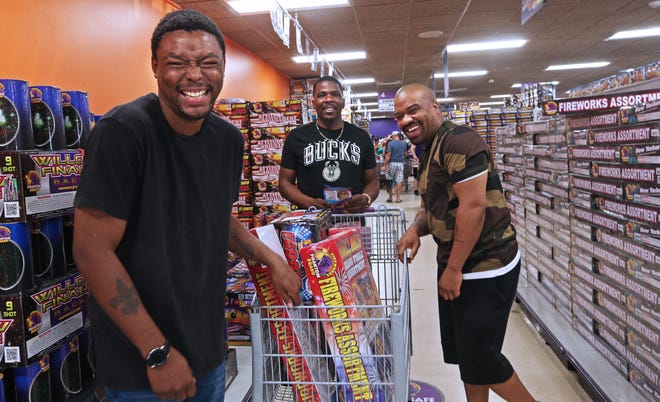 Although sales are fairly concentrated into a tight time period around Independence Day, vendors buy year-round and try to have a buffer if demand is high. Last year, many vendors sold out early and depleted that buffer that would normally have rolled over into 2021. In addition, the supply chain this year hasn’t recovered from the pandemic.

Phantom Fireworks, the leading fireworks retailer in the country, has several locations in Wisconsin, including one in Racine that serves the Milwaukee area. The company had a 48% increase in sales of fireworks cases from 2019 to 2020.

William Weimer, vice president of Phantom Fireworks, said this year has been difficult due to logistical issues. Fireworks, most of which are imported from China, are still getting shipped out. But there are a host of “inefficiencies,” he said, in getting them to specific locations. One of his containers was off-loaded from a boat on April 14, but is still sitting in a U.S. port, waiting for truck transport.

The company expects to receive only 70% of what it ordered from China this year, even though it normally receives 100%.

Luckily, Weimer said, the company ordered more than a year’s supply due to the high demand last year. He said he does not anticipate locations running out, but some may have less variation or options for products.

He also said the shortage has led the company to increase prices for products on average about 15% to 25%.

Xtreme Fireworks, which is in Caledonia just south of Milwaukee, states on its website that it has about 80% of its supply as of June 29 and is not able to offer some deals due to the fireworks shortage.

In Wittenberg, which lies about 30 miles east of Wausau, the owners of family-owned shop Fireworks Country are leery of ongoing shortages and have increased prices by a small amount due to tripled freight fees from China.

“We’re trying to eat a little of the cost, and we have to pass some of it onto the customer,” general manager Tony Bamke said.

“I noticed people have been coming in earlier to buy the fireworks,” he continued. “It’s just a disaster to get stuff in.”

Andy Nelson, owner of Fireworks Nation in Oshkosh, anticipated the problem and acted in advance. 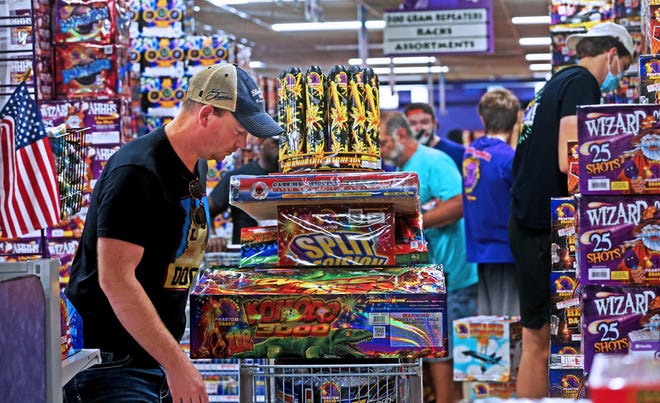 “At Fireworks Nation, our stores are fully stocked, because we got on this early and ordered really big,” he said. “We got really lucky, in fact we just got a container (of fireworks) yesterday, we’re getting one tomorrow morning. So just as we’re getting at that point where certain things are getting low, we’re able to replenish our stock. So, we are very fortunate.”

Overall, Weimer said he does not anticipate that Phantom Fireworks will sell as much as last year, but demand could be great from people who bought last year because of all the cancellations and enjoyed it.

“There were a lot of first-time buyers last year. I think part of what’s driving our sales this year is that we turned on a lot of people to fireworks. … They’re coming back this year for more,” Weimer said.

Store reps at Fireworks Country said customers are buying larger-scale products, like 500 keg fireworks — one of the largest types — due to last year’s surplus of fireworks users. Bamke said he expects last year to repeat itself.

“This year, people can sit home and have a couple cocktails with the family without having to fight the crowds,” Bamke said.

Nelson has seen a similar impact, with people who were introduced to fireworks last year realizing they can do shows themselves.

None of this should affect professional shows put on in communities large and small across the state. The professional fireworks display companies, such as Wolverine Fireworks, which has a Wisconsin base in Palmyra, struggled in 2020 because of all the cancellations.

However, Jeff Bartolotta, general manager for Wolverine Fireworks, said the company has made a recovery as many municipalities plan to have larger displays this summer. He said probably about 60% of sales are for the Fourth of July, with the rest going toward other events throughout the summer, such as festivals.

For all the concern about the supply of fireworks, what’s ironic is that while amateur fireworks are legal to sell in Wisconsin, they are not legal in the city of Milwaukee and surrounding municipalities. And regardless of where they are bought, Wisconsin law actually makes fireworks illegal to set off without a permit.

That clearly doesn’t stop people from continuing the tradition.

“We sell a product, but what we really sell is an event. … It’s a thing that pulls people together, and there’s no one who really doesn’t like fireworks. It’s a wonderful thing for people to coalesce around,” Nelson said.