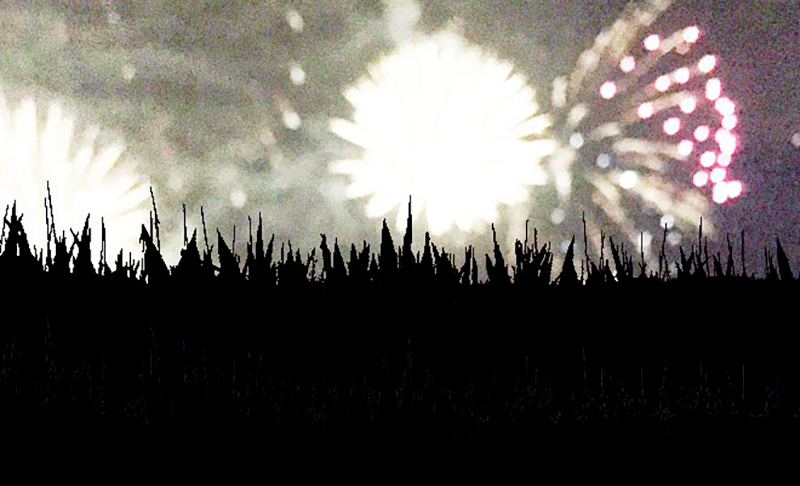 On July 2, 2021, Governor DeWine vetoed Senate Bill 113, “Revise the Fireworks Law.” Let me begin by saying I don’t have a dog in this hunt. I do, however, have a lab named George that is terrified of fireworks and a barn full of calves that are very agitated by the sounds associated with this activity…but I digress.

At present, Ohio is one of the most restrictive states as residents are prohibited from shooting off fireworks. This has been Ohio law since at least 1972, perhaps longer. Illinois, Vermont and Massachusetts are the only other jurisdictions with similar prohibitions.

Ohio’s current fireworks laws, while strict, are also somewhat confusing. There are three types of fireworks permitted under Ohio law: trick and novelty; consumer; and display.

If it smokes, sparkles, snaps or snakes, Ohio consumers are permitted to purchase and enjoy. These are trick and novelty fireworks and include sparklers and bang snaps. This is the only type of fireworks that Ohioans can discharge.

Only a licensed fireworks exhibitor can shoot consumer fireworks in Ohio. Interested applicants must apply with the Bureau of Testing and Registration (part of the Ohio Commerce Department), pass an exam, and complete a background check. Applicants must also submit a letter of proficiency in the handling and discharging of fireworks from an Ohio licensed exhibitor or possess a certified copy of a fireworks license from another state.

The third category of fireworks are display fireworks (also known as 1.3G fireworks). Under current Ohio law, it is illegal for an unlicensed person to manufacture, possess, use or store display or exhibitor fireworks.

An exhibition permit is required for all fireworks displays, which is issued by the local fire chief, police chief, or county sheriff. The permit specifies the date, time, location and various other parameters of how the exhibition will be executed. Applicants must be a licensed fireworks exhibitor, and the fireworks must be purchased from an Ohio licensed wholesales, manufacturer or out-of-state shipper. Authorities inspect the exhibition site before, during and after the exhibition using a State Fire Marshall issued checklist. Federal, state and local laws and regulations must be followed. The exhibition must also comply with safety provisions of the Ohio Revised Code and the Ohio Fire Code. During the shoot, only registered employees and the certified fire safety official are allowed within the discharge site.

First time violations of Ohio fireworks laws are considered first degree misdemeanors and subject to a maximum fine of $1,000 and six months in jail. Illegal fireworks can be confiscated by law enforcement authorities. Violations include failing to transport fireworks out of state within 48 hours and discharging fireworks.

Fireworks can be dangerous. They are a fire hazard, can cause blindness, upset animals and disturb those who suffer from post traumatic stress disorder (PTSD). Fireworks are also beautiful, exciting and an integral part of the American celebratory experience.

Ohio lawmakers have until December 31, 2022 to override the Governor’s veto. The Senate would need to initiate the proceedings. A 3/5 majority is required in each chamber.