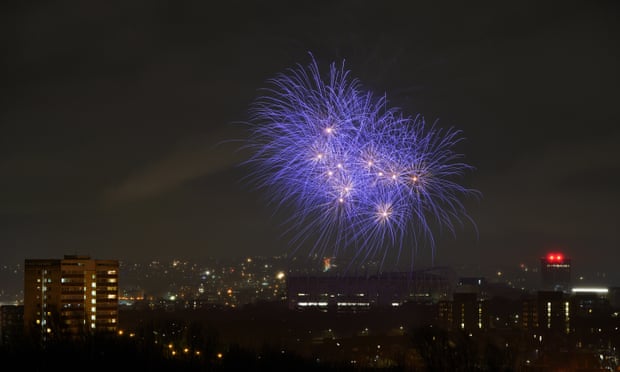 Brexit and the supply chain crisis are threatening to put a dampener on this year’s Bonfire Night firework displays as distributors warn that import problems have reduced stocks by up to 70% and forced up prices.

One supplier said wholesalers were unwilling to stock up on pyrotechnics products because of additional paperwork related to Brexit and a change in safety labelling that has caused confusion about what can be sold in the UK past the end of 2022.

Richard Hogg, of the Doncaster-based distributor Fireworks Kingdom, said: “Importing fireworks has become very difficult and unstable in the wake of Brexit. Our industry is being hit particularly hard, receiving just 30% of the usual annual supply.”

He said a switch from the Europe-wide CE safety label to a UKCA mark, which will be required to sell fireworks in the UK, meant wholesalers were reluctant to build large stocks in case they could not sell those items when the new system comes in. The UKCA label’s introduction was pushed back in August and it will now come into force at the start of 2023.

New rules on importing fireworks from east Asia via the EU have also forced up costs, adding to a dramatic rise in shipping expenses and a shortage of containers, which is affecting the import of all kinds of goods from toys to microchips.

“It’s gutting to see the shelves empty at stores across the UK when we’d usually be preparing for our busiest season,” Hogg said. “While we do have some stock, other stores haven’t been so fortunate. We’ve recently received 30 calls in a day from other fireworks stores, asking if we have any stock that can be sent over.

“Shipping companies are now asking for a £5,000 deposit per container, in case the EU member state denies our application to import from China via one of their ports, despite this route being a key way that many UK companies import.”

Another distributor of fireworks for big public displays who declined to be named, agreed that stocks were about 30% of usual levels across the industry but said the firm had enough to cope with demand. “It is an industry-wide problem. Everybody is struggling,” they said.

Steve Raper, the chair of the British Fireworks Association, admitted there was confusion over the new labelling system but said any fireworks imported with the CE label before the end of next year could be sold in the UK indefinitely.

He said some distributors to high street retailers were already beginning to sell out but stocks were only about 25% down on usual levels and any shortages were more likely to occur around the new year rather than Bonfire Night.

He said shortages were largely down to a mix of production holdups in China and very strong demand last year when people turned to pyrotechnics to brighten up the November lockdown. He said stocks were having to be brought in from Germany, where fireworks were banned last year, to help fill the gap in supplies from the far east.

“Most manufacturers in the UK carry stock over into the new year ready for the start of the forthcoming season but this year they haven’t got that,” he said. “We are reliant on the supply chain.”

Raper said retail firework prices had risen by about 20% as a result of increased costs including a seven-fold rise in the price of booking shipping containers.