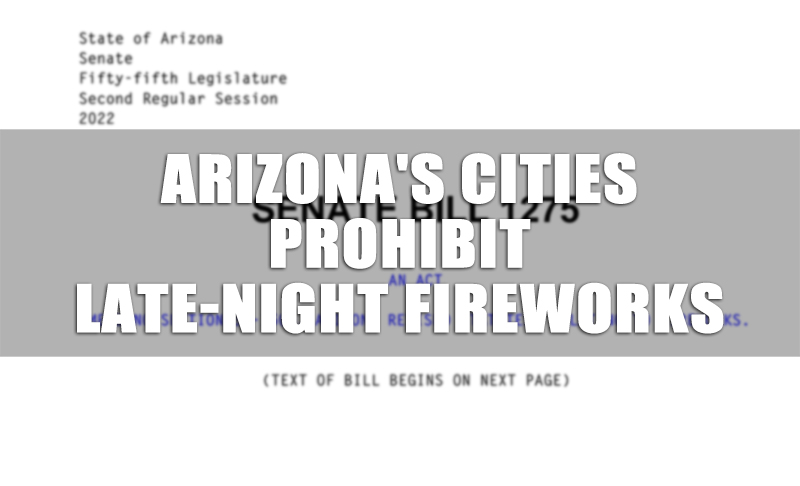 Arizona municipalities can now decide whether to restrict residents from deploying noisy fireworks after 11 p.m.

PHOENIX — A bill allowing Arizona’s cities to regulate fireworks in the late evening hours has been signed into law.

Gov. Doug Ducey announced Friday he had signed Senate Bill 1275, which permits municipalities to restrict the use of fireworks between 11 p.m. and 8 a.m. each day.

“It still allows for fireworks,” Mesnard said last month. “It allows cities to have some ability to regulate in the middle of the night.”

Mesnard said he’s had some personal frustrations with neighbors deploying fireworks in the evening and waking up his 2-year-old daughter.

“We then called the city and the police and they said ‘There’s nothing we can do about it,'” the senator recalled.

Records show the bill has gotten a significant amount of support from residents and public officials.

Ian Linssen, a representative of the city of Mesa, said he approves of the legislation since residents in his city often complain about fireworks becoming a nuisance.

The Mesa Police Department received over 550 fireworks-related calls last year, Linssen said, so the legislation could help reign in some of the usage.

“It does allow folks who like using fireworks to continue to do it for a reasonable amount of time,” Linssen told a senate committee.