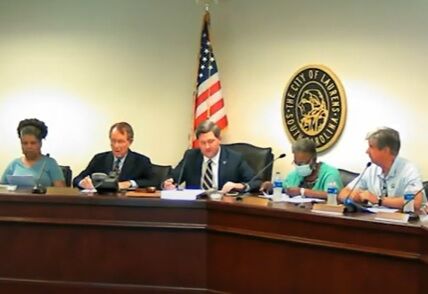 At a special called meeting on Tuesday, Laurens City Council passed first reading of a new ordinance that would limit the days and times that fireworks may be discharged in the city limits.

Council voted 6 to 1 in favor of the ordinance with Councilor Johnnie Bolt voting against the measure. Bolt voted against the ordinance because he stated that he didn’t want to approve another holiday to shoot fireworks.

The new ordinance allows the sale and discharge of fireworks in celebration of the Juneteenth holiday, beginning on June 19, 2022.

The new ordinance came about after council members discussed the idea of Juneteenth having the same fireworks legislation as July 4th and New Year’s Eve. Prior to the passage of the new ordinance, fireworks could only be sold and discharged on those two holidays and designated preceding days.

The new ordinance allows for the sale of fireworks on June 19 and the six preceding days, July 4 and the six preceding days and December 15-January 1. The ordinance only allows for the discharge of fireworks from 6pm-1am on June 19, July 4, December 25 and January 1 or the date that the City of Laurens recognizes these holidays.