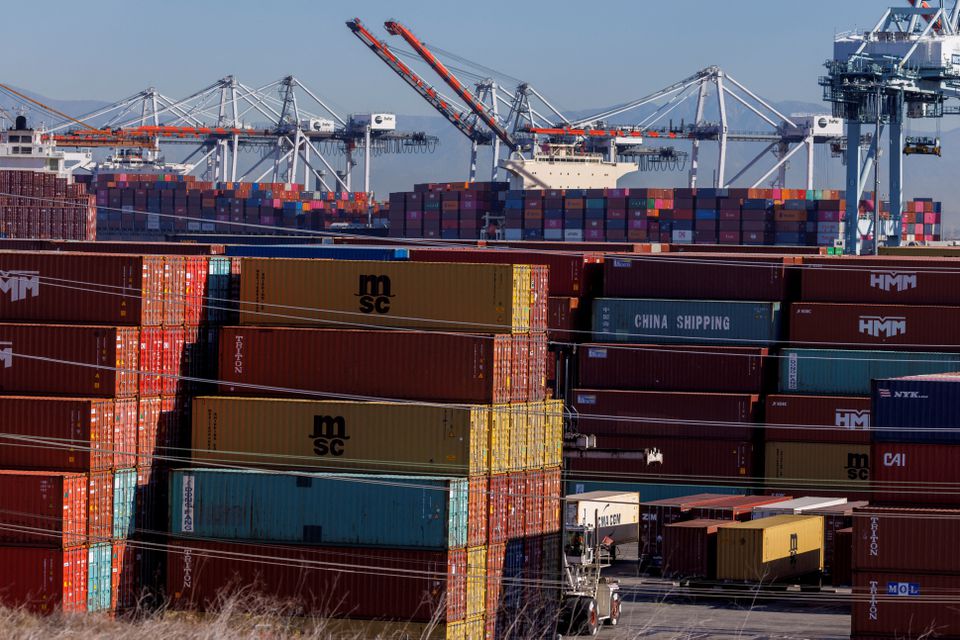 Larian and a half-dozen suppliers for major retailers like Walmart (WMT.N), Amazon.com (AMZN.O) and Target (TGT.N) told Reuters that COVID-related ocean shipping snafus have exhausted the workarounds they’d use in the event that talks between 22,000 workers and employers at 29 West Coast ports hit an impasse after their contract expires on July 1.

The International Longshore and Warehouse Union (ILWU) and the Pacific Maritime Association (PMA) employer group met for the first time on Tuesday. Talks are scheduled to continue daily in San Francisco until an agreement is reached.

Any deadlock could delay or halt shipments at the No. 1 U.S. seaport in Los Angeles/Long Beach and other Pacific coast gateways that handle 58.1% of goods from the Far East. That would “hurt the already fragile U.S. economy even more,” said Larian, who is among the importers calling on the White House to intercede – as it has in the past.

The talks come at a critical time for suppliers and retailers because seasonal Christmas merchandise will start hitting U.S. ports in June.

Efforts to sidestep shipping snarls only added to delays, costs and headaches, he said.

When the pandemic-fueled surge in cargo overwhelmed the Los Angeles/Long Beach ports, importers rerouted goods – spreading backups other U.S. ocean cargo gateways like Houston, Charleston and New York. That shift contributed to a year-over-year West Coast market share loss of 4.6% to ports on the Eastern Seaboard and Gulf Coast in January and February, according to data from Xeneta and Container Trades Statistics.

Importers said distance as well as border and infrastructure hurdles knock ports in Canada and Mexico out of contention for many shippers. read more Pricey air transport is an option for some shippers, but airport cargo facilities jam up when demand spikes.

So, suppliers like Mattel (MAT.O), MGA and Basic Fun! are racing in goods as fast as they can.

Larian, MGA’s CEO, plans to import about 40% of this year’s remaining 4,700 40-foot containers two to three months earlier than usual. But new COVID lockdowns in China are throwing a wrench in those plans, slowing the movement goods at major Chinese ports and miring hundreds of MGA containers in the mess. read more

Parties on both sides of the contract negotiations say they are invested in keeping West Coast ports open and thriving – though they differ on key issues.

The PMA represents employers like Mediterranean Shipping Co (MSC) and Maersk (MAERSKb.CO), which have been booking historic profits and are keen to use automation to speed up cargo processing. read more Dockworkers represented by ILWU – one of the nation’s most powerful – kept ports running even as some workers lost their lives to COVID. They want to protect jobs.

While there hasn’t been an ILWU strike during coast-wide talks since 1971, talks are always contentious. There have been labor slowdowns or shutdowns during every negotiation going back to the 1990s, said Peter Tirschwell, a vice president at S&P Global Market Intelligence.

President Barack Obama dispatched his labor secretary to help hammer out a deal in 2015, when the previous talks broke down and dockworkers stopped work for 8 days – sapping an estimated $8 billion from the Southern California economy and clogging U.S. transportation lanes.

The ports have been on President Joe Biden’s radar for months as shipping delays stoke inflation that is fueling voter discontent ahead of the mid-term elections in November. Biden formed a supply chain task force and has been sending his labor secretary to port meetings up and down the West Coast.

“I stand ready to help facilitate productive conversations that result in the best outcome for workers and our economy,” U.S. Labor Secretary Marty Walsh said in a statement.