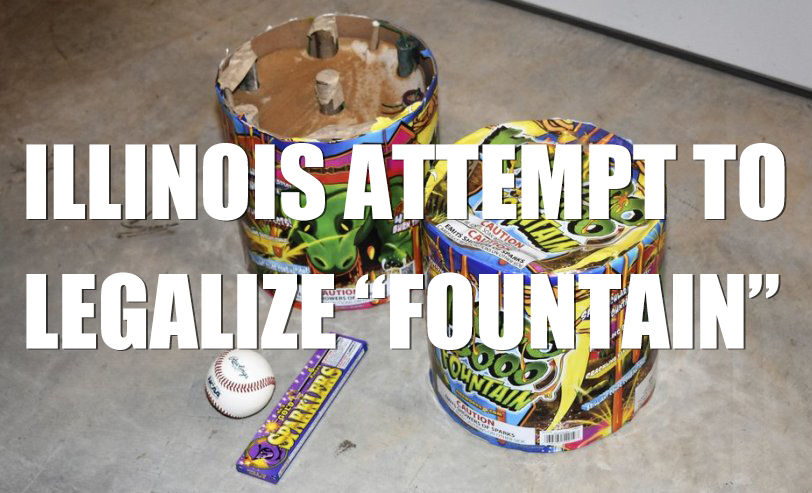 Sandwiched between states that consider fireworks a veritable patriotic right, Illinois advocates are trying to loosen what are among the nation’s strictest prohibitions by legalizing “fountains,” a fireworks show-in-a-box that can unleash multicolored sparks, whizzing streaks and sharp reports.

The legislation, sponsored by Democratic Rep. Robert Rita, would add to a shortlist of allowable novelty fireworks “ground-based sparklers that are nonexplosive and non-aerial” to light up backyards on Independence Day or other family festivals.

Rita said Illinois would snag sales-tax revenue now going to neighbors such as Indiana, whose border is 15 miles east of Rita’s home of Blue Island.

“Fireworks are as much a part of the 4th of July tradition as family picnics, parades, and apple pie, and people are going to use fireworks of some sort,” Eric Turner told the Consumer Protection Committee last month before the panel sent the plan to the House for a vote.

Turner represents American Promotional Events, which dubs its TNT Fireworks America’s best-selling brand. He said that by legalizing fountains, “People can buy something that’s safe, yet enjoyable for their family celebrations.”

More than a dozen groups oppose the measure, including the Office of the Illinois State Fire Marshal, and particularly object to Turner’s description of a fountain as “essentially a sparkler that’s on a base instead of holding it in your hand.”

“A (hand-held) sparkler is dangerous, but the sparks fall off of it. Ground-based, they have to shoot up and out,” said James Adams, fire chief in Brookfield, 15 miles west of Chicago. “The hazard that I’m worried about is that wick that malfunctions, when you think it’s a dud. Everybody has a tendency to lean over the top of whatever they’re looking at, and if it ignites, they have a face full of sparks.” 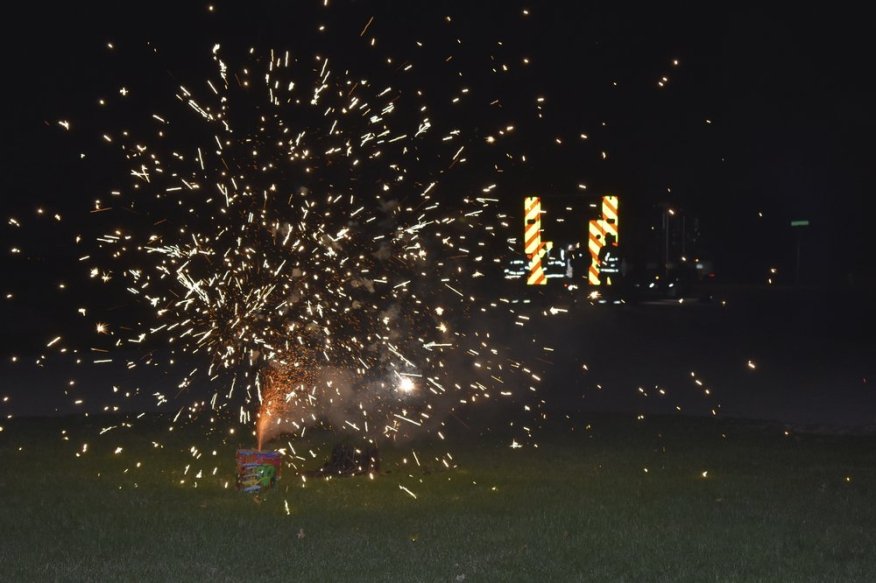 There are no reliable data on fountain-specific injuries, but sparklers do their share. The last annual fireworks report of the U.S. Consumer Product Safety Commission counted an estimated 10,000 fireworks-related injuries requiring emergency room treatment in 2019, or roughly 3 per 100,000 people, a statistically steady number since 2004.

Of 7,300 injuries reported during the star-spangled season of June 21 to July 21, there were 900, or 12%, caused by devices categorized as sparklers, compared with 800 injuries caused by all categories of firecrackers. Burns account for nearly 3 in 5 injuries.

Tradition weighs heavily against Rita’s proposal. In the U.S., 46 states and the District of Columbia allow most consumer fireworks, including firecrackers, provided they comply with the product safety commission’s rules for construction and labeling. But after Massachusetts’ across-the-board ban, Illinois, Ohio, and Vermont are alone in restricting celebratory accouterments to rather tame “novelties” such as glow worms, “poppers” and hand-held sparklers.

Paul Worsey, director of Explosives Engineering Education at the Missouri University of Science & Technology, criticized the Illinois opposition. “Fountains are some of the more benign, pretty fireworks that don’t explode.”

The bill would allow devices with 75 grams or fewer of pyrotechnic flash powder, or a total of 500 grams if combined in multiple tubes in a bucket selling for up to $150 which prolong the display to four or more minutes.

Many fireworks prohibited in Illinois have less. To meet the product safety commission’s threshold as a consumer product, firecrackers must not exceed 50 grams. An aerial Roman candle has 20 grams, reloadable aerial shells, shot from a tube, have 60 grams. The legislation would “treat certain kinds of consumer fireworks as if they were equivalent to largely unregulated novelties” of limited explosive power, Katherine Nunes, legislative liaison for the state fire marshal, told the House committee.

The difference between a fountain and typical novelties is stark in video and still photographs made last week in suburban Chicago during an Illinois Fire Safety Alliance demonstration of a 500-gram fountain. Flashes shoot up and sparks descend, umbrella-shaped, across a circle significantly wider than the source of the display. The host village granted a permit for the demonstration, conducted by a state-certified fireworks handler with active-duty firefighters standing by.

“These are not little sparklers,” said Margaret Vaughn of the Illinois Firefighters Association. “They have 500 grams of pyrotechnic component in them, which is the highest amount allowed by the federal government before they’re considered a professional-grade firework that you’d see down at Navy Pier.”

Vyto Babrauskas, a New York-based fire science and technology consultant, suggests a broader perspective. Despite his specialized background — he authored the “Ignition Handbook,” a 1,100-page encyclopedia of fire-starting sources and the way specific materials respond to heat — Babrauskas cites “other societal values,” such as fireworks’ entertainment value, to say nothing of the tendency of people denied purchase to pursue sometimes more-dangerous alternatives.

A decades-long member of the National Fire Protection Association, Babrauskas, a native of the Chicago suburb of Cicero, dismisses as government overreach the association’s anti-consumer-fireworks stance to prevent injuries.

“If the hazards are apparent, and the people wish to behave in a wanton and reckless manner, it really isn’t the government role to put a cop on your doorstep,” Babrauskas said. “There is a legitimate government role in regulating inappropriate risk and especially devices where the hazard is not obvious.”