An artillery salute of 30 volleys with the use of 50 types of fireworks illuminated the sky of St. Petersburg on Victory Day, TASS reports. The division of the Mikhailovskaya Military Artillery Academy made a festive fireworks display from the beach of the Peter and Paul Fortress. 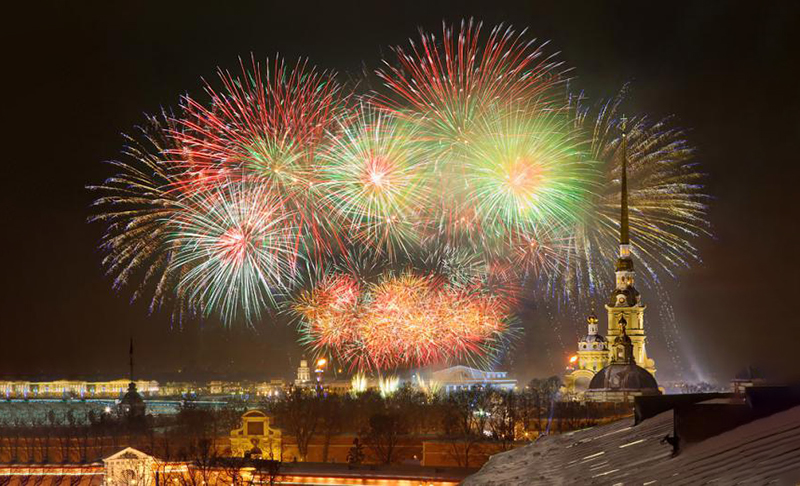 As reported by the press service of the Western Military District, the fireworks installations lanched more than 1.5 thousand fireworks of 50 types, including Rubin, Assol, Fialka, Vega, Braslet and others. Also, twelve D-44 artillery pieces accompanied the launch of fireworks with 30 blank volleys.

It is noted that the festive firework which lasted 10 minutes was watched by citizens and tourists from the streets and embankments in the centre of St. Petersburg and from the upper floors of houses overlooking the Neva. In addition, songs of the war years continued to sound on the streets of the city until late at night, where people were walking with the portraits of front-line soldiers congratulating each other on Victory Day.